"It goes beyond duty", he says. "Instead of business as usual, the idea that I should contribute to my city keeps me enjoying my work." Every morning Mangesh Dighe wakes up with enthusiasm and zeal for the upliftment of his city. At fifty-one, he is the Environment Officer at the Pune Municipal Corporation in Maharashtra. His work ethic goes beyond just a take-charge attitude.

Mangesh Dighe sets an example of being an extraordinary city leader committing to making his city better for its citizens. Under his leadership, the city is actively addressing the problem of air pollution. For instance, tackling air pollution ranks high on the municipal agenda. A few arbitrary measures taken to address the issue include monitoring air quality and creating an action plan to curb air pollution. Mr Dighe and his team has steered the implementation of several innovative sustainable transportation projects to improve mobility, reduce air pollution and greenhouse emissions, and advance safety and access for pedestrians and cyclists. 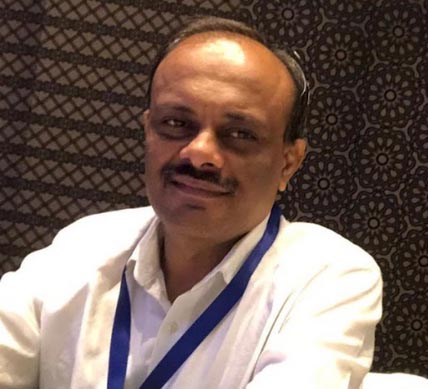 Bringing together urbanisation and preservation

Rapid urbanisation has put enormous pressure on Pune's land and water resources, changing the area's ecology. It has also plagued the city with several challenges, especially the deterioration of its air quality, which is often well above WHO limits. Pune's growing population competes with increased energy, transport, housing, and water demands. The city's character transformed over the decades with its economic, demographic and social development. The city has donned many hats from the 'Oxford of the East, 'Cultural Capital of Maharashtra', 'Auto Hub', 'IT hub' and now 'Smart City.

Dighe looks at the big picture. One that brings together multiple facets of urban development with environmental conservation. In the past decade, the city's infrastructure has evolved to contribute to preservation. Car jammed roads have decreased, pathways are more common, and Punekars are happier.

Under his vision, a one-of-a kind Pune Streets Program has been envisaged, wherein 100 km of streets have been identified for redesign. The city has already developed 50 km long bike lanes. The public bike sharing system is also boosting its inventory from 8,000 to 20,000 bikes. Moreover, the Rainbow Bus Rapid Transit (BRT) corridor runs 39 km and serves 120,000 people a day. Through a one-fare system travelers can go from bike to bus with one public transport card. At present, the movement of public transport is faster than that of private vehicles. "We are looking towards public transport, in a way that buses, rickshaws, and metros complement each other in terms of traffic density on a particular road", Mangesh explains.

Pedalling for the planet

Mangesh relies on evidence-backed facts while advocating for both people and nature.

He says, "..If we tell people to take public transport, nobody will listen to that. Unless the public transport becomes more efficient, faster, reliable - the transition from personal to public transport mode won't happen." He's a cheerleader for cycling. Despite the city's sweltering summers and tropical rains, many Punekars have chosen to paddle their way through.

"Whether the cycle track should come up first or should we encourage cycling – they both go hand in hand", Mangesh elaborates.

Using cleaner fuel while slowly inching towards electric mobility is helping improve the air quality despite the city's rapid urbanisation. He says, "I believe we should aim for an overall energy-efficient infrastructure. And that's how I think we can strike a balance between environment and development at present." In today's date, ninety-eight percent are running on CNG out of sixty thousand auto-rikshaws. And out of two thousand five hundred buses, seventy percent are on CNG.

Dighe continues to be a proactive conservationist outside the office. "…As an Environment Officer, it is essential that I walk the talk. If I talk about cycling, I need to be a cyclist myself. If I talk about electric mobility, I need to pick up an electric vehicle myself and use it for my daily commuting. So that I experience the various difficulties and possibilities." He has also made carbon neutrality a personal goal. He uses an electric bike - turning his fossil fuel demands to zero! He uses solar power instead of electricity to charge the vehicle, "My electricity bill has come much, much lower. It's an environmental effort at a city level that goes through my job and at an individual level. So, it's a journey inside and outside, both."

WWF-India is engaging in Pune through the One Planet City Challenge. Through the OPCC platform, WWF-India helps local governments strengthen their actions to combat climate change. It assesses the gap between the city's current emissions and the safe range (limiting global warming to 1.5 °C) and advises high-impact reduction actions. The purpose is to celebrate and share the work done to date, strengthen and grow the network of collaborations, and accelerate the pace and scale of climate actions.