"In the past 20 years, poaching and the illegal wildlife trade has become a multibillion-dollar industry," according to legendary naturalist Sir David Attenborough.

Illegal wildlife trade is the fourth largest global crime as per the United Nations Office of Drugs and Crime. India, one of the world's largest biodiversity hotspots, has become the hub spot of wildlife poaching and smuggling. This illegal trade includes a diverse range of wildlife products and its derivatives illegally sourced from the country and siphoned off to cater to international market demands. For years, rhino horns, pangolin scales and meat, tiger and leopard claws, bones, skins, whiskers, and elephant tusks, among many others, have been smuggled out of the country. It is shocking to know that four leopards were killed every week between 2001–2010 in India.

SPEAK UP FOR OUR THREATENED WILDLIFE

"Due to its rich biodiversity India has emerged as a source of several wildlife products which are illegally trafficked across its borders. Along with known species like tigers, leopards and elephants, several lesser talked about species are also targeted by poachers and traffickers. Pangolins are poached mainly to satisfy demand of international markets in East and Southeast Asian countries. Close to 6,000 pangolins and their body parts and derivatives were found in illegal trade in India over the period 2009–2017. Additionally, a minimum of 1,11,310 tortoises and freshwater turtles entered illegal wildlife trade in India in the past ten years." conveyed Dr. Saket Badola, Head, TRAFFIC’s India office.

"While over 1,800 species of wild animals and plants, are legally protected under the Wildlife (Protection) Act, 1972, poaching and illegal trade continues to put survival species under immense risk of extinction. Urgent steps to stop this loss need to be taken." he further adds.

WHY SHOULD WE TAKE MEANINGFUL ACTIONS?

“We are the only species which, when it chooses to do so, will go to great effort to save what it might destroy.” explained Wallace Stegner, noted environmentalist and writer. Anthropogenic activities have led to biodiversity loss and the extinction of many species. Wildlife populations are in freefall worldwide, and if we do not safeguard fellow species, our entire ecosystem will collapse. Damning news of global populations of mammals, birds, fish, amphibians, and reptiles that have plunged by 68% on average between 1970 and 2016, according to WWF's Living Planet Report, took everyone by surprise.

The danger is more acute with the illegal wildlife trade as it is a massive business led by ruthless dangerous illicit cartels globally. Additionally, this unregulated and illicit wildlife trade is responsible for a spike in emergence and spread of several infectious zoonotic diseases. Ultimately, the effects of it are catastrophic, resulting in immense pressure on human well-being and prosperity. Thus, we must take action at every level, from local communities to national law enforcement to combat this threat at the earliest.

To reduce demand of prohibited wildlife products, WWF India, along with TRAFFIC India, has been running an online campaign urging people not to purchase and consume products made of protected wildlife species. They are working closely with the national and local authorities to study, monitor, and curb the illegal wildlife trade.

As Mr. Ravi Singh, Secretary-General and CEO, WWF-India, states, "Awareness and sensitisation is the first step towards change. Through our campaign, we endeavour to bring to the forefront issues relating to illegal wildlife trade in our country .and how conservation and environment-friendly individual choices can go a long way in securing the future of wildlife."

It is time we all raise our collective voice for our endangered and vulnerable wildlife, and move towards choices that do not threaten the existence of wildlife or puts us in the danger of breaking a law and facing consequences. Hence, the #EndWildlifeTrafficking campaign by TRAFFIC and WWF-India has five main slogans, which ring loud and clear: 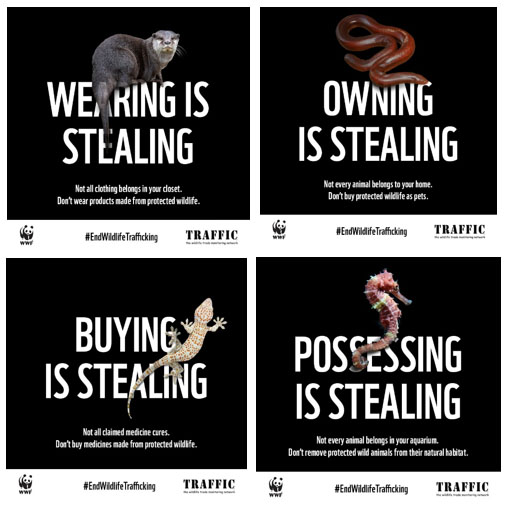 It has been observed universally that communities play the most crucial role in protection of endemic species in any region. Coupled with their local knowledge of a given area, they provide sustainable solutions in species protection and help in effective monitoring too. Such is the story of the people from the Bodo community, who lives in the fringe villages of the Manas National Park in Assam, are now earning their livelihood by weaving, dancing, and serving traditional Bodo food to tourists. In this way, they also ensure their support for the rhinos of the Manas. For a long, these prehensile lipped species have been a victim of poaching for their priced horns. 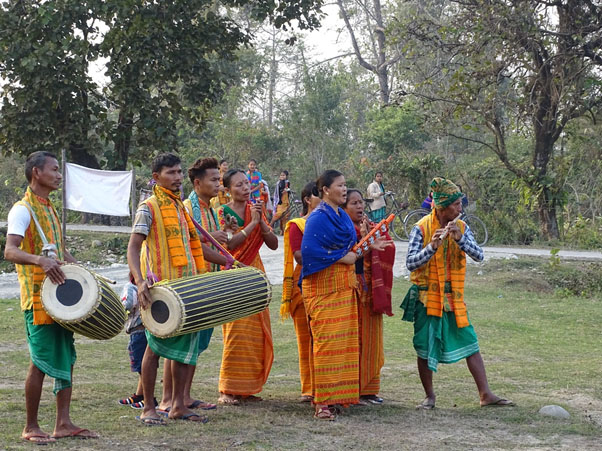 Manas National Park's rhino conservation success story is closely interlinked with the local community development. Pijush Kumar Dutta, who oversees community engagement, wildlife, and habitats program at WWF India, says, "The local people act as watchers and provide timely information when animals enter their villages. There was a lot of unrest during the Bodo agitation, and it took a toll on wildlife due to increased poaching. But now, things have stabilised after years of on-ground conservation actions."

SNIFFER DOGS AS A PREVENTIVE MECHANISM

TRAFFIC and WWF-India’s wildlife sniffer dogs, popularly called Super Sniffers, trained to detect and curb wildlife crime have proved to be a game changer in the field of wildlife protection in India. For instance, Simba and Norman two super sniffers who have been trained under TRAFFIC India's programme, currently, deployed by the Chhattisgarh Forest Department have helped the forest department solve 11 cases of illegal wildlife trade involving poaching of elephants, leopard, bison, sambar, and spotted deer.

In June 2019, the duo helped the authority to capture poachers who had killed an elephant for its tusk. The support from super sniffers has brought about real changes in the conservation of wildlife crime in the forests of Chhattisgarh, which are well known for their natural resources. 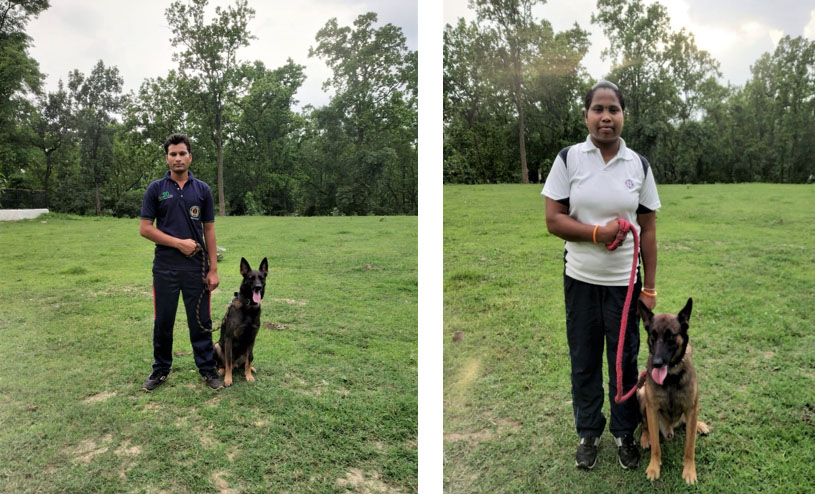