He is a fountain of knowledge, but he does not go to school. Though he has many toys, he prefers reading books. He will enthusiastically tell you about the Origin of Species by Charles Darwin – his favorite book. And for his 10th birthday, he wants a puppy.

Meet Adhrit Pradeep, a 9-year-old environment enthusiast and child prodigy from Bengaluru, India. He is also one of this year’s WWF Conservation Heroes. He says his hope for the planet is that “everything on Earth that is not water becomes green!”

Much like the beloved television character and child genius, Young Sheldon, Adhrit’s parents decided to home-school him. In class, he often knew more than the teacher. Adhrit didn’t like school anyway; he says, “school is not a place where you get to experiment much… I used to go to school first, and I was not too fond of it except on Saturdays and Sundays when they gave us holidays. Then I could do as much as I wanted, of experimenting and reading about nature.” 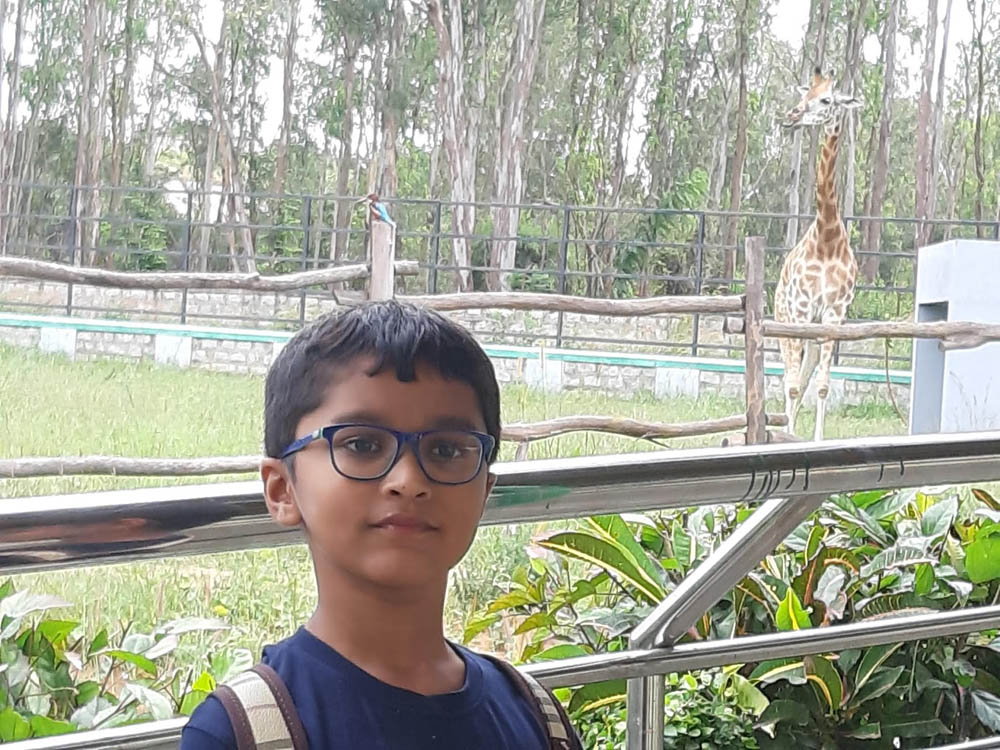 Adhrit spends his time making notes about endangered animals and writing stories and poems on them. He says, “If a specific species is listed endangered or going extinct… I try to write more stuff about them. So that any future generations can know more about them. And, if they have any advanced technologies like a time machine, they could bring back all these dead animals.” 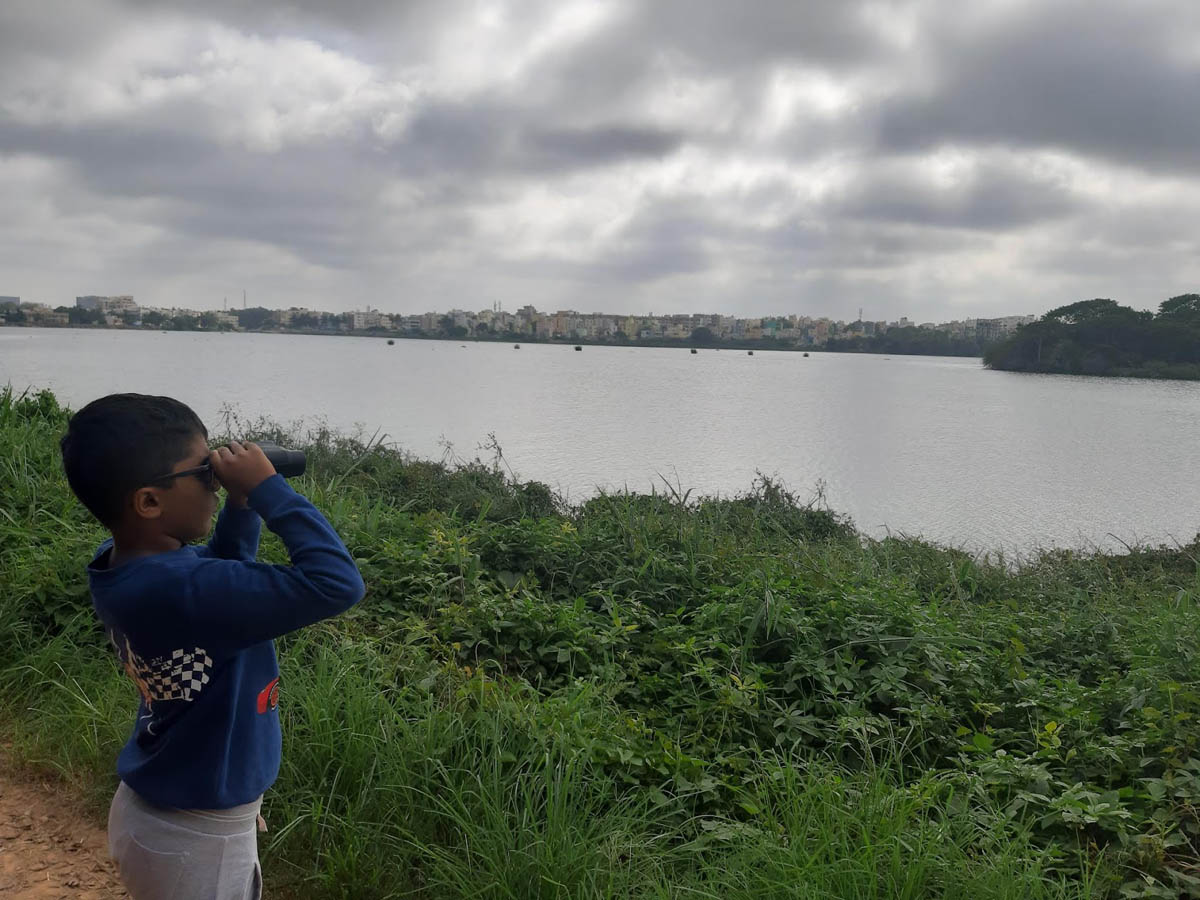 Adhrit enjoying the scenic vistas of a wetland

Blessed with a very supportive family, his parents have made a conducive home environment for their curious son. Unlike school, home-schooling allows him to read whatever he wants and explore as he likes. “It’s mostly un-schooling,” his mother, Shilpa Rani, says. “We follow what he is interested in at any point in time. And we have not restricted his learning to age,” she adds. At the moment, his fascination lies in physics and light.

Adhrit is already a conservationist. At age 7, he observed the caterpillars getting trampled by pedestrians during nature walks. Instead of ignoring it, Adhrit took action; he said, “I just made a sign saying, ‘Caterpillars - Watch your footing.’ And a couple of people came up to me and talked about it… And then they saw these caterpillars, so they didn’t walk on them anymore.” He is also working on math, chemistry, and learning coding to program robots and use science as a means of conserving nature.

Even when he had just learned to walk, reading was his favorite activity. At 11 months, he spoke his first word, ‘cat.’ By the time he was three years of age, his parents were sure that he was different from other children. Instead of sequential or memorized knowledge, Adhrit connects the dots of the various facts he knows. He says that he ‘respects’ nature. At the age of 4, when his father asked him if he was scared of going to the dentist, he promptly rejected the idea. He says, “…I wasn’t scared of anything except people cutting down trees.”